Ross Ainslie is one of Scotland’s finest traditional musicians and composers, playing pipes, whistles and cittern. He is renowned for his highly acclaimed solo material, and as a skilled performer and prolific collaborator who performs regularly with bands Treacherous Orchestra – of which he is a founding member – Salsa Celtica, Dougie Maclean, Ali Hutton, Jarlath Henderson, Charlie Mckerron, Tim Edey, Hamish Napier, India Alba and has performed with Kate Rusby, Blue Rose Code, Zakir Hussain, Trilok Gurtu, Capercaillie, Shooglenifty, Carl Barat, Papon, Karsh Kale, Flook, Breabach, Soumik Datta and Patsy Reid.
Born in Perthshire in 1983, Ross began his career as a member of the Perth and District Pipe Band, before joining the Vale of Atholl Pipe Band, where he was mentored by piper Gordon Duncan. Hugely influenced by Gordon’s fearlessly innovative spirit and groundbreaking compositions, Ross began exploring his own abilities as a composer and writing his own tunes, and in 2002 he was a finalist in the prestigious BBC Radio Scotland Young Traditional Musician of the Year competition.
Ross has 3 solo albums to date Wide Open in 2013, Remembering in 2015 and Sanctuary in 2017, he is currently working on his 4th which is due out in spring 2020.
Prestigious industry recognition has come in the form of a multitude of awards,
Won Best Duo at the BBC Radio 2 Folk Awards with Ali Hutton in 2017 and Nominated for the same award in 2018.
Nomination for Musician of the Year at the BBC Radio 2 Folk Awards in 2013, 2016 and 2018.
Nomination for Best Duo at the BBC Radio 2 Folk Awards with Jarlath Henderson in 2014.
He’s also received various awards at the Scots Trad Music Awards,
Nomination for Instrumentalist of the year in 2010.
Nomination for Live Act of the year with Jarlath Henderson in 2008 and with Treacherous Orchestra in 2009 and 2010.
Nomination for Album of the year in 2013.
Treacherous Orchestra won Album of the year in 2015
Ross was also Composer of the year in 2015.
Sanctuary was in the Shortlist for Album of the year in 2018.
Nominated for the Belhaven Bursary for Innovation in 2019.
Nominated for Trad Video of the Year in 2019.
His debut album ‘Wide Open’ was voted 9th out of 50 Top Scottish Albums of 2013 in the Sunday Herald. 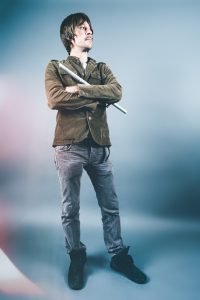 A Selection of Ross's Lessons 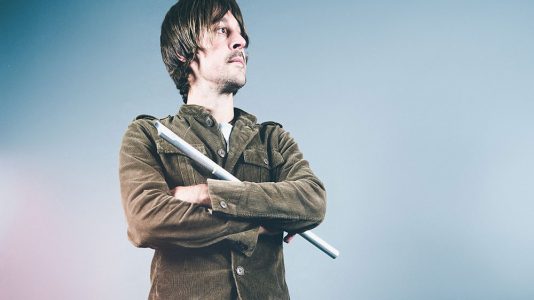