Michael is a multi-instrumentalist originally from Newcastle-Upon-Tyne but now residing in Glasgow. He currently plays and tours with TRIP, The Canny Band, Tom McConville, Northern Company and Irish Celtic – Spirit of Ireland Dance Show.

Michael recently graduated from The Royal Conservatoire of Scotland in Glasgow under the tutelage of Professor Sinae Lee on piano. Prior to this, he studied at Chetham’s School of Music in Manchester where he studied with Graham Caskie. Michael also studied with respected pianists Eileen Bown and Jean Armstrong who are based in Newcastle

As well as performing, Michael also teaches piano, piano accordion and music theory and has done for several years. His pupils boast a 100% pass rate so far in their exams. 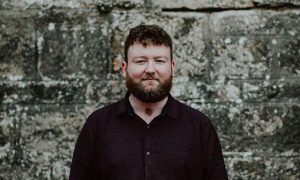