Having grown up in the West Coast Coigach peninsula of the Scottish Highlands – an area steeped in culture and local traditions – Mairearad was introduced to folk music at an early age. Renowned for her deft and lyrical accordion style, as well as her dextrous piping, Mairearad is in great demand not only as a performer, but also as a composer and teacher.
Often seen on stage alongside multi-instrumentalist Anna Massie, composer, Mike Vass, piping supergroup, Tryst and singer-songwriter, King Creosote. She has also previously toured with The Poozies, Karine Polwart, Box Club, Lauren MacColl and The Unusual Suspects.

Many of Mairearad’s compositions are well known on the Scottish Folk scene. Among the favourites are "Maggie West's Waltz" and "Dram Behind the Curtain." The latter recorded on Eddi Reader’s Burns Deluxe album. 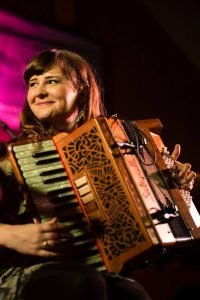 A Selection of Mairearad's Lessons

Lesson 4. The Dram Behind the Curtain 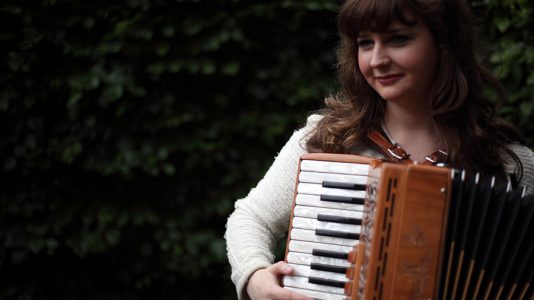