Kristan was born and brought up in Birsay on the Orkney mainland, where she was immersed in the island’s rich musical heritage. From the age of 8 she began learning classical music on both violin and piano, and from there went on to join the Orkney Traditional Music Project where she was introduced to traditional fiddle music by renowned instructor Jean Leonard, alongside many other fantastic tutors. Kristan continued to play with the project and with a variety of other ensembles including Jenny Keldie’s Shoramere and the West Mainland Strathspey and Reel Society, while also taking lessons from celebrated Orkney fiddler Douglas Montgomery, until finishing school, when she left to study BMus Violin at the Royal Conservatoire of Scotland in Glasgow. During her time at the Conservatoire, Kristan was lucky enough to study under violinist Katie Hull, as well as fiddlers Alistair McCulloch and Pete Clark.

In 2011 Kristan entered the BBC Radio Scotland Young Traditional Musician of the Year competition, and was delighted to be named the winner at Celtic Connections festival that year. Following the competition, she went on to perform at festivals across the UK such as BLAS, Orkney, Shetland, Celtic Connections, The Scots Fiddle Fest and many more as both a solo artist and alongside several bands, including her own lineup ‘The Sanna’. She was also invited to represent Scotland at a reception hosted by the Queen at Buckingham Palace for Young People in the Performing Arts, and performed with Rod Stewart at the opening of Glasgow’s Hydro venue in 2013. Perhaps Kristan’s most notable solo performances came during her year as winner of the Young Trad competition, when she appeared alongside the BBC Scottish Symphony Orchestra at Proms in The Park, broadcast live on television from Caird Hall; and the following year, when she was invited to Glasgow’s Clyde Auditorium to perform a beautiful arrangement of Willie Hunter’s ‘Leaving Lerwick Harbour’ with Violinist Nicola Benedetti.

With her continued integration into the Scottish folk scene, Kristan was allowed incredible opportunity to collaborate with some of Scotland’s finest folk musicians and, in 2014, she was fortunate enough to join the ranks of one of Scotland’s most successful and longest running fiddle bands, Blazin’ Fiddles. In the same year, she co-founded ‘FARA’, a fresh and exciting Orcadian folk group in which she joined fellow fiddlers Catriona Price, Jeana Leslie and Louise Bichan, and pianist Jen Austin.

Kristan has had the privilege of performing and recording with many wonderful lineups over the years, including Belle and Sebastian, Admiral Fallow, Blue Rose Code, Gretchen Peters, Innes Watson’s Guitar Colloquium, The Rua Macmillan Big Band, Scots singers Robyn Stapleton and Alistair Ogilvy and The Paul McKenna Band; as well as working for world renowned UK based organisation Live Music Now with pianist Tina Rees. Now in her second decade based in Glasgow, she continues to tour full time with both Blazin’ Fiddles and FARA, and enjoys performing with several other outfits including Orkney’s ‘The Gathering’, John Goldie and the High Plains, and Irish dance show Irish Celtic, with whom she has toured Europe. Kristan is also a very experienced fiddle tutor, employed by projects such as Blazin’ in Beauly, the Orkney Traditional Music Project, Fèis Gleann Albainn, Blackford Fiddlers and Fèis Phàislig, while also providing private tuition for small groups and individuals online or when at home in Glasgow. 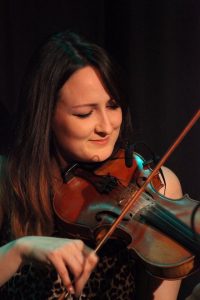 A Selection of Kristan's Lessons

The Rose of St Magnus 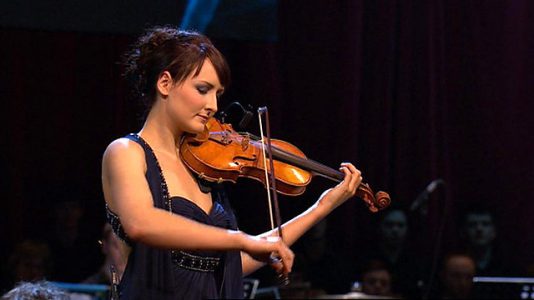