Aileen is a Scottish composer, accordionist and arranger based in Glasgow.

​In July 2017, Aileen graduated from the Royal Conservatoire of Scotland with a B.Mus. (performance) with first class honours having studied classical accordion and composition.

​Aileen now studies on the M.Mus (Composition) course and is grateful to have received scholarships from The Dewar Arts Fund, The Countess of Munster Musical Trust and The Cross Trust in order to fund her post graduate degree at RCS.

Aileen has a varied career as a freelance musician. Her work is cross-genre, taking influences from her interest in Jazz and Scottish folk music.

During Aileen's undergraduate degree, she was awarded first place for the Tony and Tania Prize for Solo Rare Russian Music and the Dunbar-Gerber prize for chamber music prize. During this time, she was also a finalist of the Edinburgh Concerto Competition where she performed Piazzolla’s Bandoneon Concerto, conducted by David Watkin.

Aileen has performed with some of the leading contemporary music ensembles in Scotland such as The Glasgow New Music Expedition, Ensemble Thing and NOISE Opera.

In 2016, Aileen founded the folk-fusion band Eriska. The band launched their debut album “At the Wrong Gig” in July 2018. 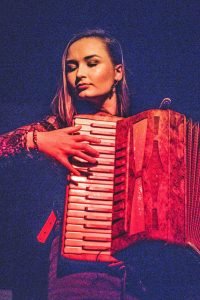 A Selection of Aileen's Lessons 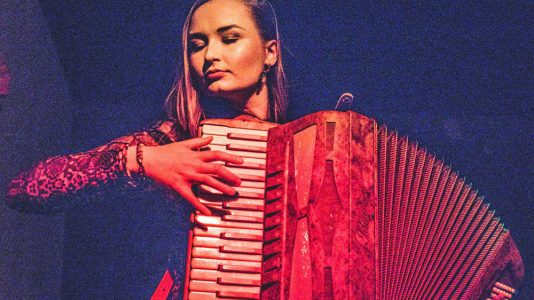